The Power of a Coalition

January 26, 2015 By: America's Infrastructure Report Card
Back to News 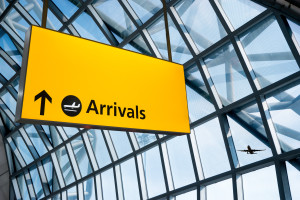 The following is a guest post by Kevin M. Burke, President and CEO of Airports Council International-North America.

Prior to joining Airports Council International-North America (ACI-NA) as its president and CEO in January 2014, I spent 13 years at the helm of the American Apparel & Footwear Association.  In my role at AAFA, I traveled frequently, visiting manufacturers across the world.  One thing that always struck me was that in many developing countries, their airports were exceptional facilities.

The U.S. is home to far and away the world’s safest commercial aviation system, of which our airports play a fundamental part.  But making sure that our airports continue to connect passengers and cargo shippers safely, securely, and efficiently to opportunities throughout the world requires fresh thinking in how we invest in upgrading and modernizing aging facilities.

Here in the U.S., we have a spate of infrastructure and capital improvement projects ready to tackle at airports of all sizes—from our smallest regional airports to our largest international hubs.  All told, there are more than $71 billion in projects necessary in the next few years just for us to keep pace with increasing capacity demands and the intended lifespan of current facilities.

As other modes of transportation are well aware, though, it’s one thing to identify that we need to make investments in infrastructure, and another challenge entirely to agree on how to fund these projects.  That’s where the power of a coalition emerges.

For airports, our fiscal course is set by FAA Reauthorization, which is reviewed by Congress every five years.  With 2015 being such a year, our efforts actually began in earnest in the summer of 2014, with the launch of AirportsUnited and the bringing together of not just our traditional airport partners, but also allies across a broad spectrum of interests and industries.

To date, the AirportsUnited Beyond the Runway coalition—of which we’re proud to call ASCE a member—is more than 20 strong, ranging from travel and tourism to construction and engineering.  By joining together under the same banner, we share a dynamic, unified voice on behalf of U.S. airports and the tremendous economic contribution they make.  We’ve got our work cut out for us over these next several months, but as our coalition can readily attest, a global leader deserves world-leading infrastructure, and U.S. airports are no exception.