Most data on shipment origins, vessel tracking, container allocation, marine terminal availability, port-wide analytics is siloed in separate data systems. The Port of Los Angeles in conjunction with GE Transportation, a Wabtec company, normalized these data sets and integrated them into a single cloud-based platform known as its Port Optimizer program. In doing so, they created a single tool for the many port stakeholders, including shipping lines, marine terminals, motor carriers, and railroads to tap into when looking for operational improvements. The Port of Los Angeles is the largest container port in the nation and one of the largest in the world, so an efficient operation is key to the regional economy. Productivity is estimated to grow 8-12% as throughput is improved, operations predictability becomes the norm, and customers receive an average of 14 days of advance visibility.

Learn more about the program here. 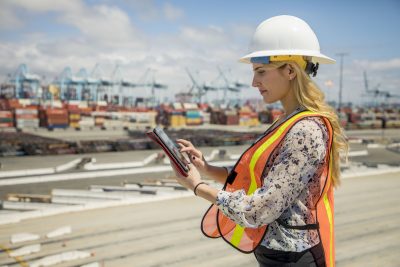 Photo courtesy of the Port of Los Angeles.