May 08, 2013 By: America's Infrastructure Report Card
Back to News 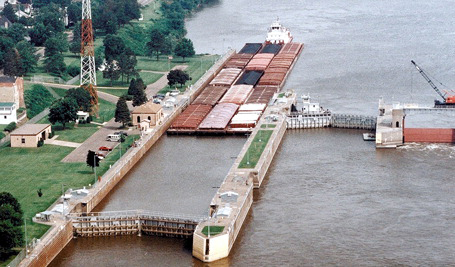 The Water Resources Development Act (WRDA) has reached center stage in the Senate this week, with votes beginning on amendments at 2pm today. The legislation provides much needed improvements to locks, dams, levees, and other waterway elements across the country through the authorization of U.S. Army Corps of Engineers programs.

The first hurdle for the bill, a vote on cloture, proved moot when Senators were able to provide unanimous consent to see the legislation move forward for debate Monday night. The reason for agreement was a manager’s amendment that Chairman of the Environment and Public Works Committee, Barbara Boxer (D-CA) and Ranking Member David Vitter (R-LA) put out, resolving some areas of concern that Senators had already voiced.

One of the biggest changes in the manger’s amendment ensures revenues collected into the Harbor Maintenance Trust Fund (HMTF) are used for intended purposes by gradually increasing the authorization level for the Harbor Maintenance Tax (HMT) spending until an authorization level equivalent to full use is achieved in 2020.  The guarantee for full HMT revenue use, included in the Committee-passed bill, was removed due to the Appropriations Committee’s objection.  The manager’s amendment continues to cite that the increased appropriations cannot be achieved if funding is reduced in other areas of the Corps budget, but the point of order related to this provision was also removed.    For FY 2014, the appropriation would be $1 billion, with an additional $100,000 provided each fiscal year thereafter.  If this agreement is included in the final bill, it would result in a 14-15% increase in funds for FY 2014.

At this time ASCE asks Key Contacts to call their Senators and urge them to support WRDA. ASCE has been an advocate of the legislation and is pleased with several aspects of the bill including: the creation of a National Levee Safety Program, the reauthorization of the National Dam Safety Program, the restoration of trust in the the HMTF, and efforts to streamline the project delivery process. Currently it looks like the bill will come up for a final vote next week, so Senators need to hear from their constituents NOW.