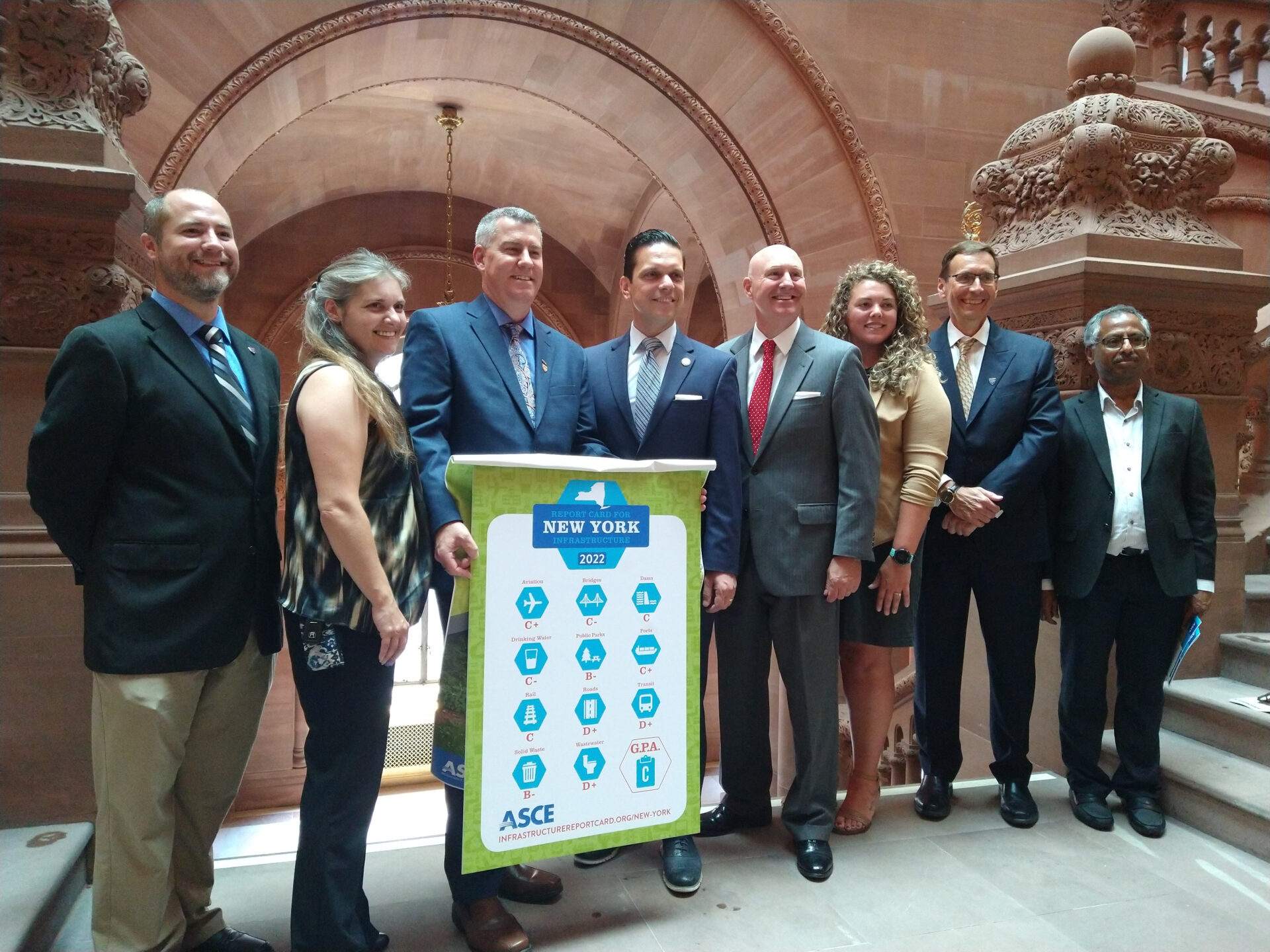 In Brooklyn, New York City, ASCE members discussed the new report Under the K Bridge Park. The public space is creative re-use of recently rebuilt infrastructure: a linear park several blocks long beside the approach and under the deck of the Kosciuszko Bridge in Greenpoint. The new bridge replaced a 1.1-mile section of the Brooklyn-Queens Expressway, adding a bike/walk side path and safer bridge structure. Beside Newtown Creek under the bridge, within earshot of active import/export businesses utilizing the channel, ASCE members explained how New York’s ports were expanding capacity and improving conditions in an era of online shopping and fresh food of international origin on the menu of small-town restaurants.

The next step for New York’s civil engineers is public education and advocacy. These fresh findings inform New Yorkers on their infrastructure. Equipped with that knowledge, they can advocate for better project designs and greater investment from local, state, and federal governments. ASCE members are active in that organizing, as well as ACEC, the American Council of Engineering Companies. ACEC’s local leaders joined several report card release events.

Find more information and the full report at https://infrastructurereportcard.org/new-york/ 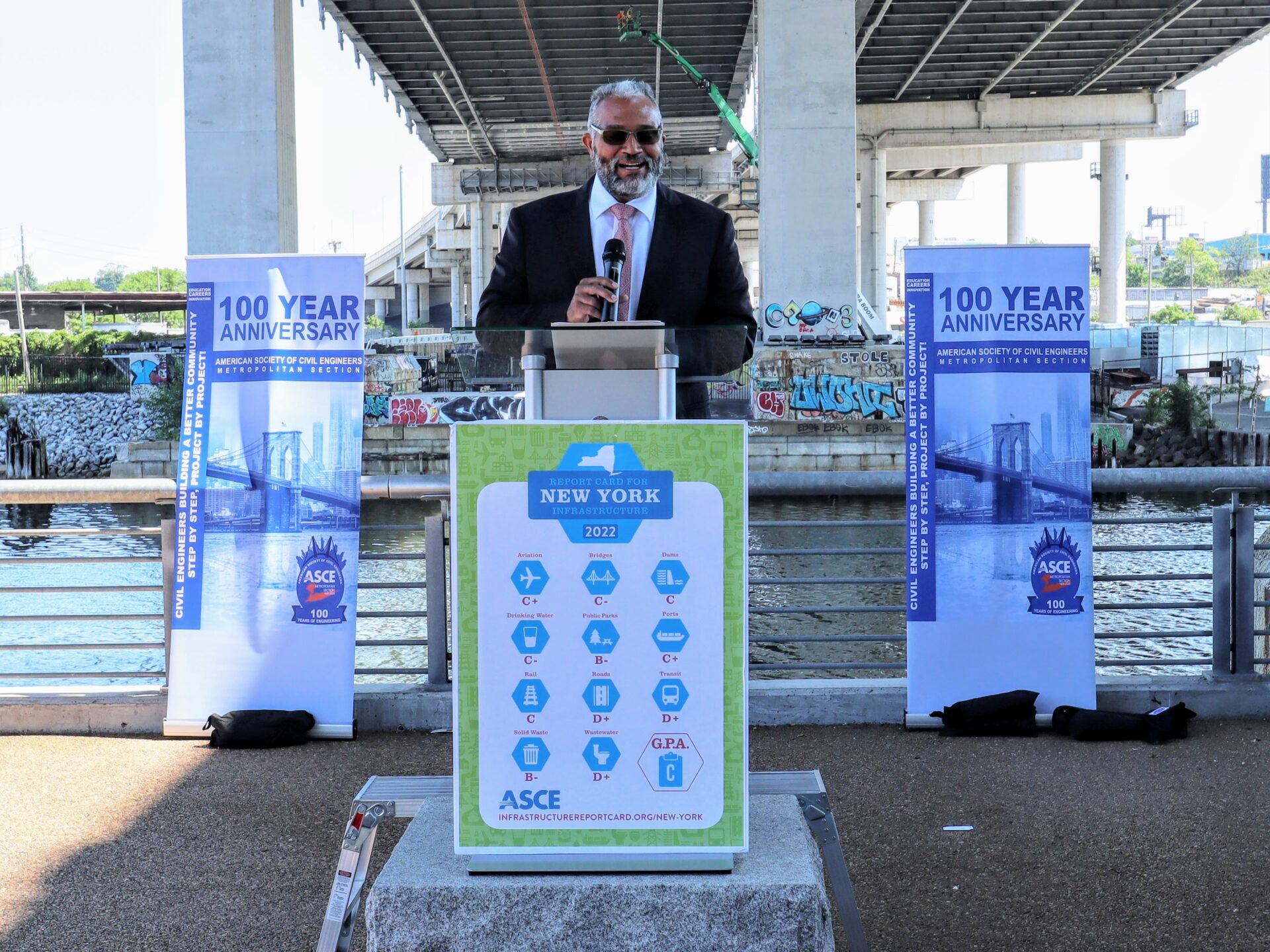