I recently came across some startling numbers from the National Oceanic and Atmospheric Administration about the frequency of major weather and climate disasters in the U.S. We’ve experienced 291 events with damages or costs of at least $1 billion since 1980. And their recurrence doesn’t seem to be slowing down. As the NOAA figures indicate, we’ve had 10 or more of these events in eight of the past 10 years.

Joining these numbers are the devastating news stories we’ve seen recently as power outages gripped Texas and wildfires blazed across California. In a couple of months, we’ll be back in hurricane season, with last year marking the most active season yet.

At the same time, we’re seeing a renewed focus on resiliency and infrastructure, spurred in part by the ASCE’s latest Report Card for Infrastructure and the recently unveiled jobs and infrastructure plan from the White House. There’s momentum for using meaningful investments in infrastructure to help drive our economic recovery and transformative change in our communities.

Among these priorities, particularly as we transition to cleaner energy and electrify transportation to address climate change, is the modernization of our electric grid. During ASCE’s virtual summit last month highlighting the report card’s release, I had a chance to talk about how Siemens is engaging in this work to make our grid smarter, reduce risk to today’s shocks and drive a zero-carbon future for the long term. Here are a few of the points I shared and why we’re excited about what’s possible. 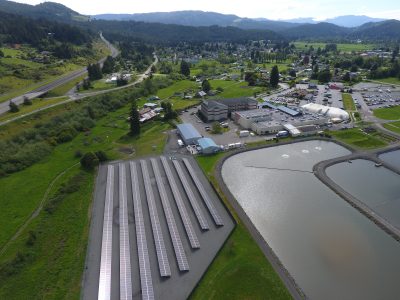 Like other infrastructure projects, grid investments are a win for jobs and economic growth. But they are also vital to protecting lives and livelihoods from major weather and climate disasters. Over the past year, we’ve seen what we can achieve, together, in times of crisis. Now we have the chance to build on this progress with national attention on infrastructure. Companies like Siemens are ready to harness today’s technologies to help move the country forward. By applying an innovative spirit and collaboration to our energy future, we can make this decade one of action and greater resiliency.