July 30, 2015 By: America's Infrastructure Report Card
Back to News 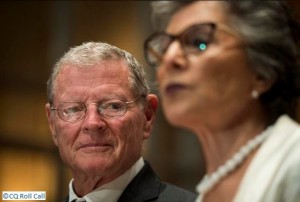 During the last two months, the Senate made good use of its time to craft a multi-year surface transportation bill with an increase in funding. As is often the way for Congress, it still came down to the wire.

For over a week, the U.S. Senate has been in a mad dash to complete its work on a multi-year surface transportation bill before the looming July 31 legislative deadline hits. With the help of ASCE members, fellow coalition members including Associated General Contractors, the American Road and Transportation Builders Association, the U.S. Chamber of Commerce, many other groups, and the public, the Senate was successful in doing so – with even a little bit of time to spare. Today the Senate delivered to the House for consideration a six-year, $350 billion road, bridge and transit policy bill that provides three-years of dedicated funding and boosts current investment levels. The only problem? The House is not in session to take it up and pass it before the Friday deadline.

In the Congressional equivalent of ding-dong-ditch, yesterday the House passed and sent to the Senate a three-month program extension just as House members left town for August recess, which meant the Senate had no option but to pass the three-month extension in order to avoid a program shutdown on July 31. So in the end the Senate was successful in doing its work, but was unable to get their effort signed into law by the July 31 deadline because the House left town early and refused to take it up.

The Senate bill’s funding increases for highway and transit are a step in right direction, but still far below the investment levels America needs to address its aging roads, bridges, and transit systems. However, when compared to the horrible status-quo that the federal program finds itself in – a seemingly endless cycle of short-term extensions combined with a continued deterioration of the purchasing power of transportation dollars – the Senate bill was the most promising legislation proposed during the two-month extension.

“In the next three months, ASCE urges the House and Senate to work through their policy differences and continue the legacy of the Highway Trust Fund,” said Tom Smith, ASCE’s executive director. “This short-term extension needs to be the last and we believe it can be, so long as Congress moves the nation forward by working together in a bipartisan way to finish their work on improving America’s surface transportation infrastructure.”

Of note the Senate bill:

While the summer legislative battle is over and victory was confined to the U.S. Senate, transportation advocates will take the August break and recharge our batteries to be ready for the final fall push when Congress is back in September. Please take a moment to see how your Senator voted and thank him/her on their leadership this July. We will need their support again soon enough once a final House and Senate compromise comes together.