Infrastructure has been all the rage these days, as President Biden and members of Congress on both sides of the aisle have been calling for generational investment in the nation’s built environment as a means of revitalizing the economy and getting Americans back to work. Massive investments have been proposed, including President Biden’s $2.2 trillion American Jobs Plan and the GOP’s $568 billion counter-proposal, leaving news outlets and American citizens wondering – why now, and what is truly needed to bring our infrastructure to a state of good repair?

To better understand the conditions our bridges, roads, drinking water and wastewater systems are in and what is needed to improve them, media outlets have consistently turned to ASCE to contextualize the challenges these structures face. Since President Biden’s American Jobs Plan was unveiled on March 31, 2021, ASCE has been mentioned in the media more than 6,800 times, including outlets such as Associated Press, The New York Times, The Washington Post, The Wall Street Journal, 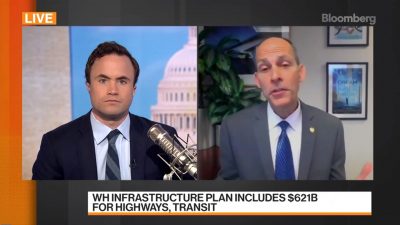 USA Today, CNN, CBS News, FOX News, NBC News, NBC’s Meet the Press, The Rachel Maddow Show on MSNBC, NPR, PBS Newshour, Bloomberg, Forbes and many more. ASCE members and staff have taken part in dozens of interviews to answer detailed questions about why infrastructure investment is so critical to the safety of Americans and the well-being of our economy, with ASCE’s 2021 Report Card for America’s Infrastructure and the nation’s cumulative grade of ‘C-‘ serving as the centerpiece for any infrastructure dialogue.

To provide a better understanding about how our mediocre grades are impacting U.S. businesses and American families, ASCE has also developed the Failure to Act economic study. Failure to Act has identified a $2.59 trillion infrastructure investment gap over the next 10 years from all levels of government. President Biden’s $2.2 trillion proposal and the GOP’s $568 billion counter-proposal would each make a significant dent in the overall investment gap. This figure has served as a primary talking point for media outlets looking to provide context to the needs our country faces and was further discussed by ASCE Executive Director Tom Smith in his interview on Bloomberg’s Balance of Power, and by ASCE member Maria Lehman’s interview on NPR’s All Things Considered. 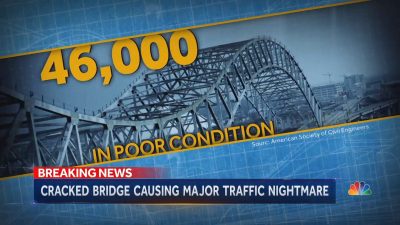 In addition to legislative discussions, ASCE continues to be at the forefront of breaking news regarding infrastructure issues around the nation. When the I-40 bridge over the Mississippi River connecting Arkansas to Memphis was found to have a major crack, ASCE was used as a reference on NBC Nightly News with Lester Holt, CNN, and The Washington Post, among others. As Jackson, MS struggles to repair its aging drinking water infrastructure, CBS’ 60 Minutes+ used ASCE’s Report Card to compare the issues in Jackson to the rest of the country. And as legislators in Texas debate investment prioritization of the proposed Ike Dike project in Houston, the Houston Chronicle spoke with ASCE members about the importance of major water projects to the region.

As the national dialogue regarding infrastructure in the U.S. continues to unfold and transformational legislation progresses, ASCE will continue to inform the public about our systems’ needs and advocate for significant investments that can reshape the future of America.